CFES Brilliant Pathways – a global leader in helping students from underserved communities become college and career ready – announces the hiring of Jon Reidel as Director of Advancement. The newly created position is part of CFES’ commitment to double the 25,000 students it serves annually in 200-plus schools across the US and Ireland.

Reidel, who has worked in higher education for the last 15 years, comes to CFES from the University of Vermont, where he worked as a communications professional promoting student success and campus initiatives. His work supported the UVM Foundation’s $500 million comprehensive campaign, which included writing for online and print publications and securing media placements in The New York Times, The Washington Post, CNN, The Wall Street Journal, C-SPAN, Inside Higher Ed and others.

“We’re delighted to welcome Jon Reidel to CFES,” said Rick Dalton, CEO & President of CFES Brilliant Pathways. “He brings great passion to the work and a unique set of skills and experiences to the job.”

Reidel earned a master’s degree in public administration and a doctorate (Ed.D.) in educational leadership and policy studies at UVM. His dissertation focusing on the obstacles facing rural students in getting to college won the Herman B. Meyers Excellence in Doctoral Policy Research Award. “In my research I became aware of CFES’ highly effective efforts in getting underserved students from both urban and rural areas into college,” said Reidel “To become part of that success is truly an honor and an opportunity to contribute to something I care deeply about.”

After graduating from the University of Massachusetts-Amherst in 1990 with a degree in journalism and English, Reidel worked as a reporter for The Albany Herald in Southwest Georgia, where he won five Associated Press Awards. He also worked as a sportswriter for the Barre-Montpelier Times Argus and served as editor and publisher of Reidel’s Roundball Review – a national high school basketball recruiting publication focused on the evaluation of top prep players including Kevin Garnett, Allen Iverson, Paul Pierce and other future NBA all-stars.

For more than 26 years, CFES has worked in concert with schools, colleges and businesses to help students become college and career ready. CFES has worked in 1,500 urban and rural schools across the U.S. and Ireland, helping over 100,000 students gain access to college. 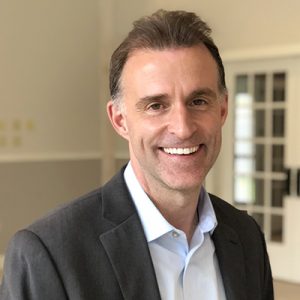