Empowering students and educators to be their best.

Not every CFES Scholar is going to get called on to put the Essential Skills to work in an unforgiving, cut-throat tropical habitat—like Sophie Clarke, a champion of the Survivor reality TV show, did. But when the going gets tough, our alumni know they can lean on their experience to get through. 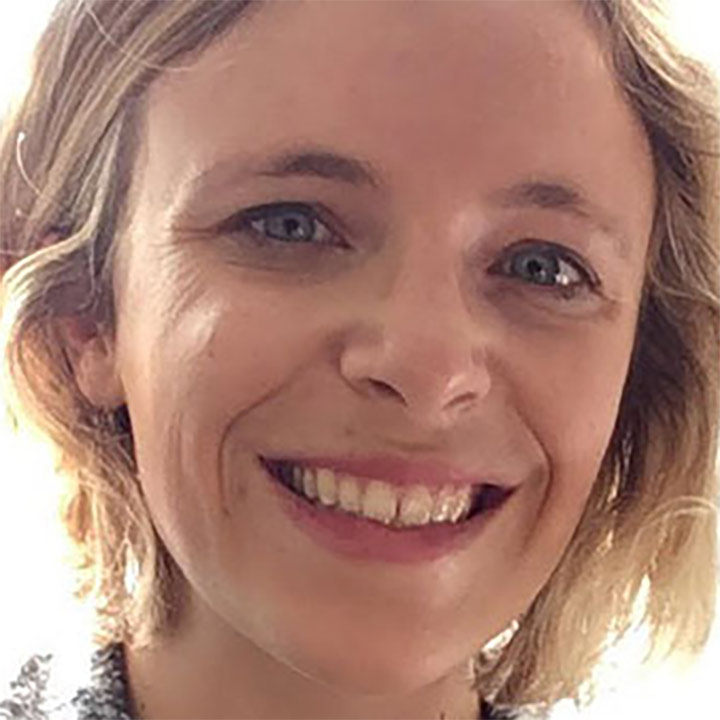 “The biggest mistake I could have made is not putting myself out there and trying.”

Sophie Clarke, a CFES alumna from Willsboro Central School, considers the exchange program between students from Willsboro, New York and New York City one of her most memorable moments as a CFES Scholar. She describes it as “combining two different worlds.” Through CFES, Clarke was introduced to different experiences such as visiting colleges outside her hometown. Although most students from Clarke’s high school went to local colleges, Clarke attended Middlebury College in Vermont after being inspired by a CFES college trip.

Once in college, Clarke felt she had a harder transition than many of her peers at Middlebury. She remembers not being comfortable in her seminar style courses and her Calculus class. What seemed to be a refresher or the norm for her classmates was completely new for Clarke. The Essential Skill of Agility helped Clarke succeed at Middlebury. “I was just as smart as everybody else,” says Clarke. “I just didn’t have the same experience. I needed the self-confidence to get up to speed. I learned I could succeed in new environments.”

Being agile has continued to help Clarke throughout her career. After four years of medical school at Mount Sinai Medical School in New York City, Clarke realized she was no longer interested in becoming a practicing doctor. Instead, she decided to pursue healthcare consulting. Having the courage to follow her heart and explore a different career field is one of Clarke’s greatest accomplishments. Her other great accomplishment is winning the 23rd season of the reality television show Survivor: South Pacific as a 22 year old medical student. Clarke’s win was featured in the sports publication Fansided where she is described as a “strategic force throughout the game.”

In order to accomplish many of her goals – such as attending medical school and going on the show Survivor – Clarke says she had to “put my name in a hat and cross my fingers.” She encourages other young people to set goals that might seem scary. Clarke’s advice to her high school self: “continue to put yourself out there. You can do anything if you try.” 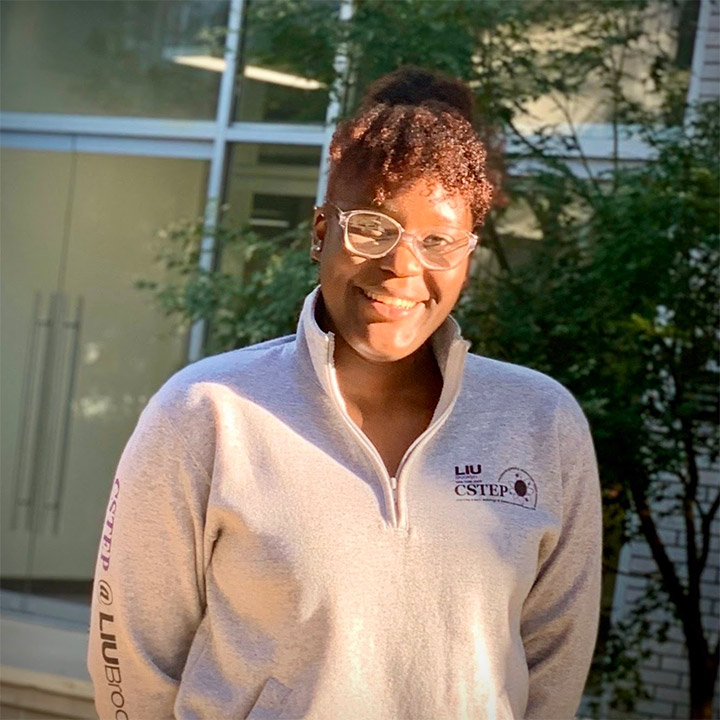 The most important piece of advice that Allinda Smith ever received from a mentor was to be grateful for good guidance, but more importantly, to pay it forward. The CFES Brilliant Pathways alumna is doing just that as an undergraduate at LIU Brooklyn where she volunteers as a tutor and mentor.

Introduced to mentoring in high school through CFES at Brooklyn Institute for Liberal Arts, Smith has spent the last two years helping high school and middle school students achieve their academic goals and plan for their future.

“The most valuable lesson I learned from both of my mentors is the act of paying it forward,” says Smith, who made the LIU Brooklyn Division I fencing team as a walk-on. “You are not always able to pay that person back for what they have done for you, but you can pay it forward. Any act of generosity, big or small can go a long way.”

Smith credits mentors Leydi Imam and Serghio Adams – both LIU Brooklyn alumni and former directors of STEP and CSTEP – with guiding her along a successful college and career path, and inspiring her to help younger students in the same way.

“Through that connection they have helped me network throughout the campus by encouraging me to get more involved,” says Smith. “I have made connections with many other faculty members at LIU through them. They allowed me to sit in on some of their meetings with faculty members, students and alumni. Not only have they given me the opportunity to network better, but they have provided support and wisdom to me.”

Now that she has been a tutor herself for over two years, Smith has some advice of her own she shares with mentees:

“You will never learn anything until you make mistakes. Many people think that high school is where you should make all your mistakes, so that you’ll be prepared for college. I believe that college prepares you for many obstacles that you will face in your life. Make mistakes and learn from them. That’s the only way you’ll get better.” 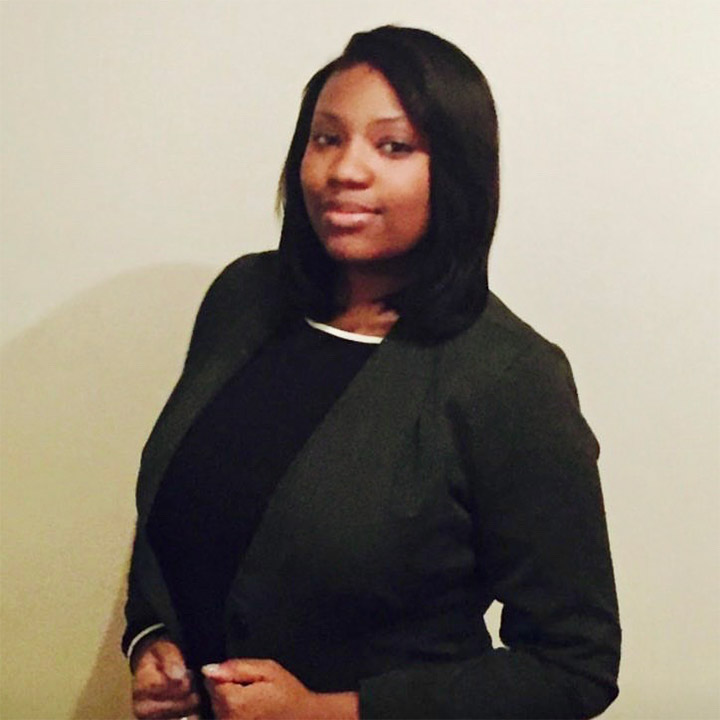 “Growth happens outside of your comfort zone.”

Tiffany Herman’s decision to attend the University of Vermont forced her to leave her comfort zone in Harlem, New York. Herman first learned about UVM as a CFES Scholar at Wadleigh Secondary School. She recalls the moment when Rick Dalton, the founder and CEO of CFES Brilliant Pathways, encouraged her to apply to UVM. “I was scared because Vermont seemed so far away, but I trusted that Rick had my best interest in mind. He knew a world that I wasn’t familiar with yet,” she explains.

Herman’s first two years at UVM were challenging. During a time when only 4% of UVM’s student population was students of color, she experienced culture shock and feelings of not belonging. She also felt academically unprepared in her college level courses. “Sometimes I just wanted to give up. I would call home crying every day, but my mom wouldn’t let me,” she says. Herman credits CFES’ “robust preparation” with shaping the perseverance and leadership skills that helped her navigate college life. “CFES helped us become leaders in high school. We hosted college information and financial aid sessions for parents and facilitated leadership summits for our peers. I had to apply the skills I learned as a scholar later in life,” Herman shares.

Herman graduated from UVM with a degree in business administration and a concentration in human resources alongside her husband, Gregory Herman, also a CFES alumnus from Wadleigh and a UVM graduate. She is the Senior Human Resources Manager at a domestic violence agency in New York City. Human resources allows Herman to impact people’s lives by investing in their professional development. “I knew I wanted to go into HR when I was in college, but I didn’t know how. Throughout my career, I’ve had to ask myself what’s my end goal and how do I get there?”

Herman encourages high school and college students to be strategic and informed as they visualize their future and set goals, especially during a time when information is so accessible. “Figure out your passion, understand the job market, and make a plan for how you can align your passions with the market to build a successful career,” she says. She ends with “Do your research, read, and get involved to build the skills you need.” 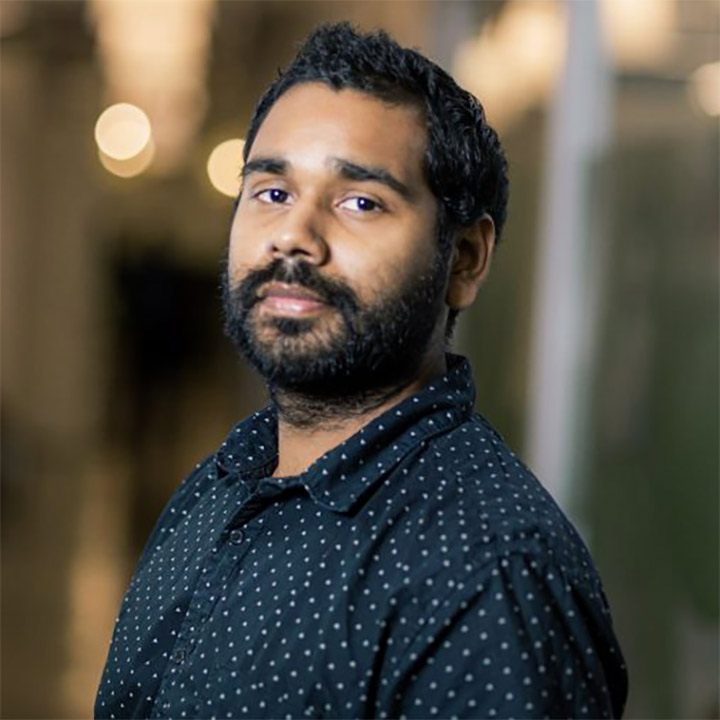 “You have to be adaptable.”

Returning to Pelham Preparatory Academy as a teacher 15 years after he graduated was a dream come true for Jerry Sieunarine. The CFES alumnus always wanted to give back to his alma mater and is doing so by helping students like his younger self to succeed.

The special education teacher and CFES school liaison has impacted the lives of many students at PPA since returning in 2013. He shares the lessons he learned from his own mentors over the years, including some simple rules for success. “I tell them to be on time and to be careful making promises,” says Sieunarine. “If you do, make sure you can keep them, or people will judge your character and question your credibility.”

The desire to help young people started as a student at PPA where Sieunarine was a CFES Scholar and mentor. After graduation, he went to the University of Vermont and earned a BA in psychology in 2009 and a BS in business administration in 2010. It was around that time that he decided to pursue teaching, eventually earning his M.Ed. in Special Education from UVM in 2013 and an M.S.Ed. in educational leadership from the College of Saint Rose in 2019.

Sieunarine shares his experiences trying to figure out his own professional path with students emphasizing the need to utilize the Essential Skill of agility. “You have to be adaptable,” he tells mentees. “You might work towards your goal but events and situations can occur and shift your path. It is important to reassess and the new path you will be on will help you get to your destination.”

In addition to mentoring students, Sieunarine helps adults to become teachers through New York City Department of Education Programs such as Classroom Connect, Teaching Collaborative and Teaching Fellows. He’s especially passionate about his work with NYC Men Teach that focuses on the retention of male teachers of color through mentoring and providing resources.

Sieunarine, who facilitates professional development at PPA regarding special education modifications, wants to have the same impact on potential teachers as his mentor – special educator Ann Gatch of Burlington, Vermont – had on his career path. “She played a significant role in my decision to become a teacher so hopefully I can do the same for other young people,” he says.